Established in 2001 in Osaka as a university drug discovery bio-venture centered on the research results of Osaka University. Through drug research and development of HGF (hepatocyte growth factor), we aim to establish a new treatment method to help patients all over the world suffering from intractable diseases such as spinal cord injury and ALS for which there is still no fundamental treatment method. 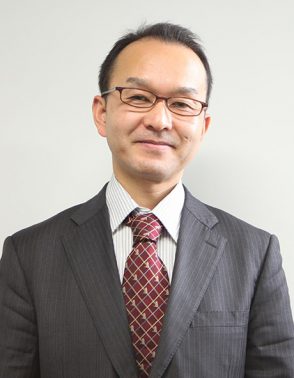 Our company was established in 2001 in Osaka as a drug discovery bio-venture from Osaka University. Since then, we have put into practical use medicines that mainly use HGF (hepatocyte growth factor), and have continued research and development to help patients with intractable diseases around the world.
HGF is a protein in our body that was originally discovered by Professor Toshikazu Nakamura (Professor Emeritus, Osaka University) and others about 30 years ago as a factor that proliferates liver cells. The liver is known as the most regenerative organ in the human body, and in the case of living-donor liver transplant surgery, even if the donor's liver is removed by about 1/3, that part will eventually regenerate. I will. As research progressed, it became clear that this protein is involved in the regeneration and repair of various organs and tissues as well as the liver, and has a very strong effect on the nervous system. Therefore, we are working on the development of a fundamental therapeutic drug that has not yet been established, with the two main targets of intractable neurological diseases, spinal cord injury and ALS (Amyotrophic Lateral Sclerosis).
By the way, "Kringle" of "Kringle Pharma" is the structure of protein found in the molecule of HGF. As a company engaged in drug development of HGF and related substances, we named it by combining the two words, the clingle structure, which is its characteristic, and the pharmaceutical, which means pharmaceuticals.
While proceeding with the project under an industry-academia collaboration system, we will collaborate with Professor Masaya Nakamura of Keio University School of Medicine for spinal cord injury, Professor Masashi Aoki of Keio University School of Medicine for ALS, and Professor Hideyuki Okano of Keio University School of Medicine for regenerative medicine. So, we are in charge of clinical development and aim to commercialize it. ALS is a disease of unknown cause in which nerve cells that control muscle movement are invaded, as opposed to spinal cord injury that damages the central nervous system due to an accident and makes it impossible to move the limbs and body. In both cases, there is no fundamental remedy, and the patient's body becomes immobile, which puts a heavy burden on the caregiver. It has the effect of promoting survival and extending neurites, and is expected to have a dramatic effect.

Encounter with a partner who supports a long way

For example, in an experiment conducted at Keio University, HGF was administered to monkeys that could not walk or grab something due to severe spinal cord injury, and the limbs functioned in about 3 weeks. A remarkable recovery was observed. This is a turning point in the development of spinal cord injury treatments.
However, it takes a very long way to be approved as a drug. Drug development generally requires clearing three stages of clinical trials (Phase 1, 2, 3) in addition to non-clinical trials in a variety of animals. Regarding spinal cord injury, we are conducting Phase 1/2 clinical trials in Japan that combine Phase 1 to confirm safety and Phase 2 to confirm the effect in a small number of patients. ALS, on the other hand, is in Phase 2. It can be said that we are facing the most important point in drug development in that if we do not produce results here, we will not be able to proceed to Phase 3 where we can increase the number of patients and verify the effects.
On the other hand, the situation surrounding Japanese drug discovery ventures is extremely difficult. Starting with non-clinical trials, manufacturing investigational drugs, clinical trials, etc., each stage requires a cost of 100 million units and a period of many years, but during that time it is not possible to make a profit, so can we continue development? Please rely on external funding. If we don't find someone who sympathizes with the purpose and vision of the project and can invest in future possibilities, not only the efforts we have made so far, but also the hopes of patients will disappear.
It was KII who raised his hand this time in such a situation. In addition to our unique technology in the world that can produce HGF as a recombinant protein, we have led the innovation with the achievements of collaborating with Keio University professors and the research results of Keio University. I feel that it is the result of having you evaluate the possibility of going on. You can call it a benefactor of our project.

Actually, I was originally a microbial researcher, having been involved in research at an American bio-venture for about three and a half years, but through various experiences, I developed medicines that are useful for people suffering from illness. I returned to Japan with the desire to be involved in. I met this company when I wanted to be involved in a project to develop a breakthrough drug in Japan and contribute to the world, and joined the company in 2004. After serving as General Manager of Research and Development Department and Director of Business Development Department, he was appointed President in December 2016, succeeding the current Chairman, Kunio Iwatani. It's been more than 10 years since I joined the company, and my motivation is to devote myself to the benefit of the world.
As for the current outlook, there is no doubt that we are the world leader in drug development of HGF recombinant proteins. HGF is produced as a recombinant protein by genetic recombination technology, but in order to administer it to humans, it is necessary to meet very strict standards. The most difficult part is how to establish a process that can mass-produce "genetically modified human HGF" with this "pharmaceutical grade", but it is the only one in the world that can be established and stably manufactured. That is our technology.
In addition, Cyberdyne Inc., which is attracting worldwide attention for its cyborg-type robot suit "HAL®" worn by humans, is also paying attention to the potential of HGF and is participating in our company as a capital. A professor at Keio Gijuku, who is involved in regenerative medicine, introduced us to Professor Yoshiyuki Sankai of the University of Tsukuba, who is the president of Cyberdyne. Both parties share the vision of increasing the number of nerve cells and at the same time improving physical function through the regeneration of nerve function by medical HAL®, which is the medical treatment that should be in the future.
In the future, while expanding the scope of HGF to various diseases, we are thinking of expanding the seeds of new biopharmacy by intervening between research institutes such as universities and pharmaceutical companies. We would like to contribute to patients and their families around the world by realizing HGF-based pharmaceuticals and growing into a pharmaceutical company that specializes in "unmet medical needs" for which there is no cure yet. .. That is our goal and our wish.