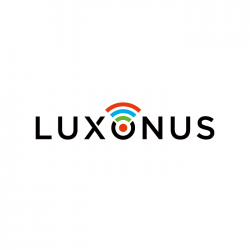 Established in December 2018. Based on optical ultrasound technology, we will develop an diagnostic imaging device that can safely perform 3D imaging of blood vessels and lymph vessels with ultra-high resolution without exposure. Prototypes of imaging devices have been installed at Kyoto University and Keio University, and clinical trials of about 250 cases have been conducted so far for diseases such as breast cancer, lymphedema, and angiopathy. We aim to establish and commercialize innovative imaging techniques. 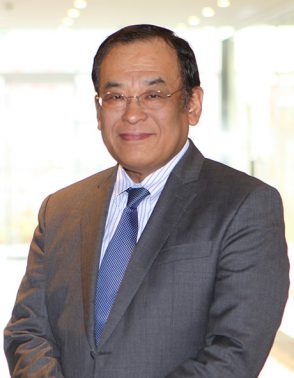 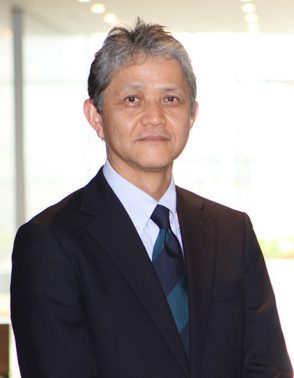 Aiso: Our company was established in December 2018 with the aim of putting into practical use a new diagnostic imaging device that uses "optical ultrasonic 3D imaging technology (PAI-3D / Photo Acoustic 3D Imaging)". Ultrasonography, CT (Computed Tomography), MRI (Magnetic Resonance Imaging), etc. are currently widespread as techniques for imaging invisible internal tissues, but this optical ultrasonic 3D imaging is used for patients. It can be said to be an epoch-making method that can photograph three-dimensional shapes such as blood vessels and lymph vessels with ultra-high resolution without burdening the body.

Technology development has been a joint research between Canon and Kyoto University since 2006, and 16 institutions have participated under the "ImPACT (Innovative R & D Promotion Program)" of the Cabinet Office for 5 years from 2014. It was. Of these, Kyoto University and Keio University were in charge of clinical research at "ImPACT". While working on the project myself, I wanted to return this result to the world without ending it at the research stage, so I established this company with other volunteers.

Yagi: I was involved in the development of optical ultrasonic imaging technology at Canon Co., Ltd., and it was adopted by applying for the research and development concept "Creation of a new growth industry through innovative visualization technology" in "ImPACT". In response to this, I have been promoting research and development as an ImPACT program manager by being seconded to the National Research and Development Corporation Science and Technology Agency (JST). We have been blessed with steady results such as developing a measurement system capable of 3D imaging in real time, but "ImPACT" has a deadline of 5 years. I wanted to commercialize this technology and spread it to the world, so I consulted with Professor Aiso and started a venture, and when the program ended in March 2019, I became the CTO of the director. 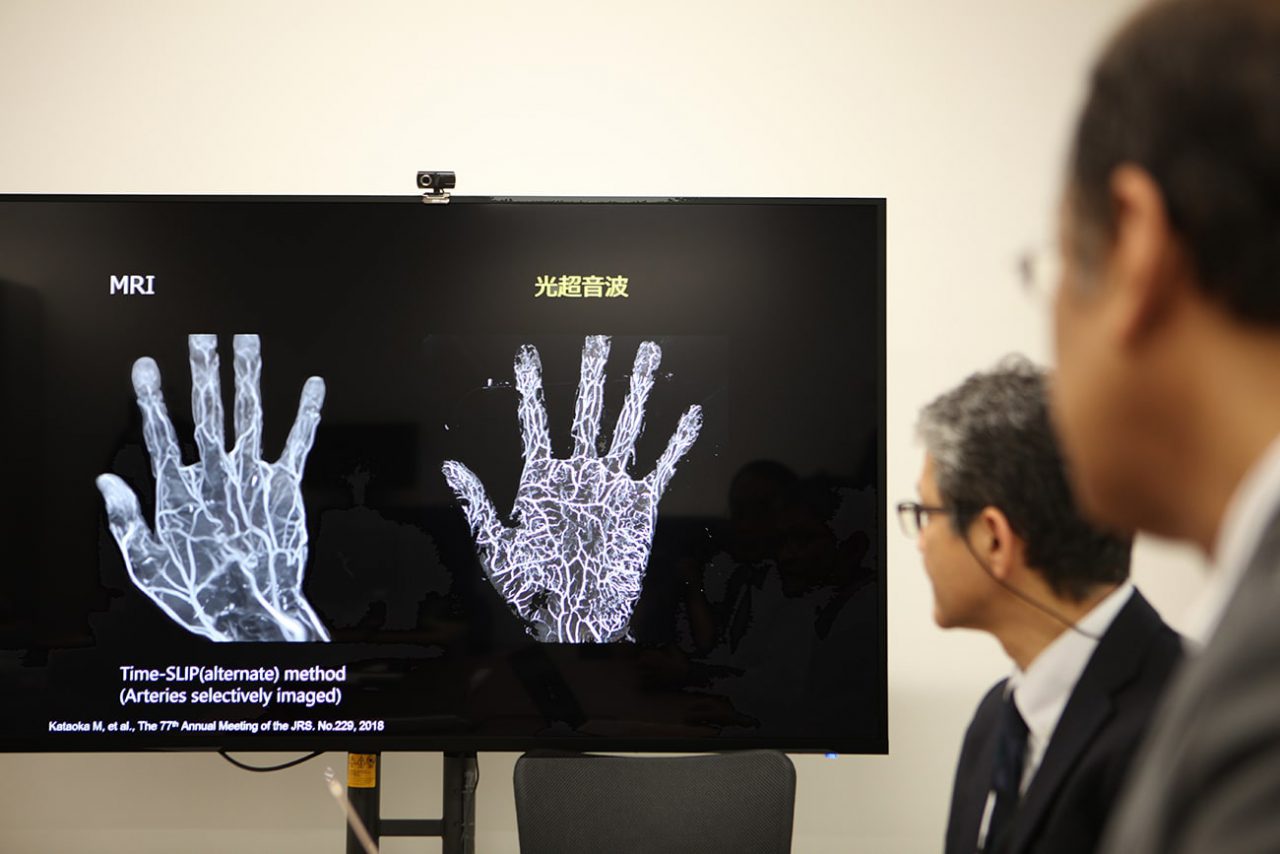 Aiiso: In my laboratory, I've been studying vascular anatomy for decades, but when I first came into contact with this technique, it was clearer and clearer than any technique I've ever seen. I was surprised to be able to photograph the shapes of blood vessels and lymph vessels. And I was convinced that this would be of great help in many ways, from diagnosing and treating illness to post-surgery decisions.

Yagi: Compared to conventional imaging technology, ultrasonic examination has a limitation in resolution, and CT and MRI have the problem that it is difficult to repeat it because of the use of contrast media and radiation exposure. In addition, for the very fine tissue called blood vessels, it was best to visualize the thick ones. On the other hand, optical ultrasonic 3D imaging can be said to be a major difference in that it can depict the state of internal tissues with extremely high resolution as a three-dimensional image without burdening the patient's body. 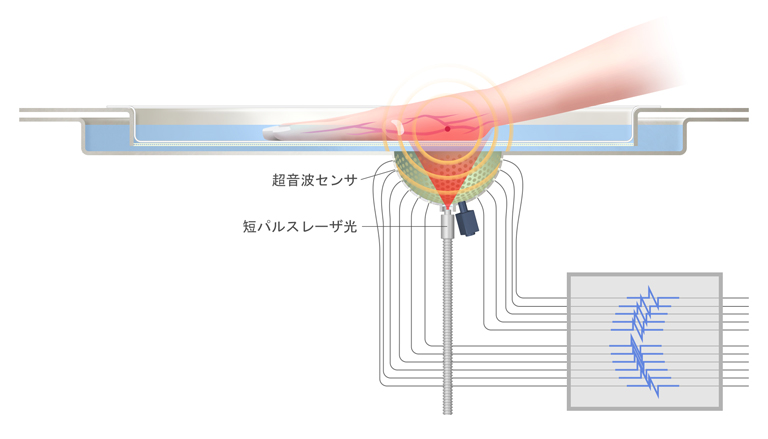 Schematic diagram of photography using an optical ultrasonic 3D imaging device. A light pulse is emitted from the lower part, and a hemispherical sensor captures minute ultrasonic waves generated by thermal expansion of the absorber inside the body, and the image is processed in real time.

Yagi: The technical principle is to use the "photoacoustic effect," in which minute ultrasonic waves are generated when a pulsed light is applied to the body. It is a mechanism that captures the generated ultrasonic waves with a sensor, analyzes the positional relationship of internal tissues, and plots them on three-dimensional coordinates. Based on this principle, the Latin word "Lux" for "light" and "sonus" for "sound" are combined, which is also the origin of the company name "Luxonus".

Aiso: Technology that may be applied to food and machine products in the future, but our first focus is on early diagnosis of angiopathy, breast cancer, lymphedema, etc. with conventional technologies. It is a diagnosis and treatment of diseases for which it was difficult to judge the therapeutic effect.

For example, lymphedema is known as a side effect associated with the treatment of cancer, but the site where the lymph nodes have been removed by surgery may swell and interfere with daily life. Basically, conservative treatments such as elastic bandages and lymphatic drainage are the main treatments. As a surgical treatment, there is a bypass operation that connects lymph vessels and veins using a microscope, but the evaluation of which vein to connect the lymph vessels to is effective has not been established, and it can be performed only by very skilled doctors. However, using optical ultrasound 3D imaging technology, lymphatic vessels and veins can be imaged at the same time, which will bring various benefits from diagnosis to establishment of surgical methods.

Yagi: Currently, we have installed prototype machines at Kyoto University and Keio University, and have already taken more than 250 cases. To shoot, just wear goggles to protect your eyes from the laser beam and place the target area on the sensor. On the other hand, the development of imaging equipment begins with the development of a compact, high-power tunable pulse laser, and covers a wide range of fields, from hemispherical ultrasonic sensors, large-capacity data processing, to analysis of 3D images using AI. We needed to get the cooperation of researchers in the field.

Aiso: As a result of these efforts, we have created a world-class technical product, and we are continuing to carry out various verifications and developments. In fact, there are few examples of Japanese technology at the forefront of the world in the history of medical devices. This is a very rare case in that sense as well. That is why we want to bring this technology to patients suffering from illness as soon as possible. 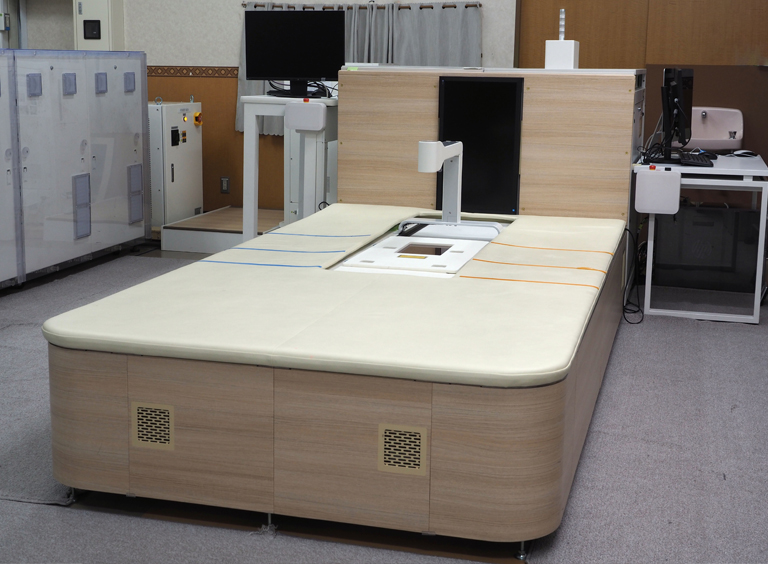 The shooting device "Widefield Visualization System" developed as a prototype. The patient wears goggles, lays down so that the target part is on the central square window, and takes a picture.

Aiming for the "fifth modality", we will nurture this technology

Yagi: Diagnostic imaging technology is now being used in a wide variety of medical settings. In the case of general cancer, if there are abnormal findings in the examination, a detailed examination with images is performed. In treatment, the condition of the affected area is grasped with images when judging the effect of chemotherapy with anticancer drugs and determining the excision site by surgery. Even after surgery, diagnostic imaging is essential to determine the prognosis. Optical ultrasonic 3D imaging technology is not truly a "usable technology" just by making an imaging device. It is necessary to create a system that is related to the entire flow of diagnosis.

Under these circumstances, we consulted with KII from the stage of designing a roadmap for company establishment and commercialization, with the fact that Canon and Keio University conducted joint research on "ImPACT" and filed a joint application for a patent. I have you ride on.

Aiso: As we meet with various venture capital firms, I feel that it is important to develop technology not for profit but for the world. In that sense as well, KII and Kyoto iCAP (Kyoto University Innovation Capital) are truly grateful to be able to accompany each other while giving ideas. 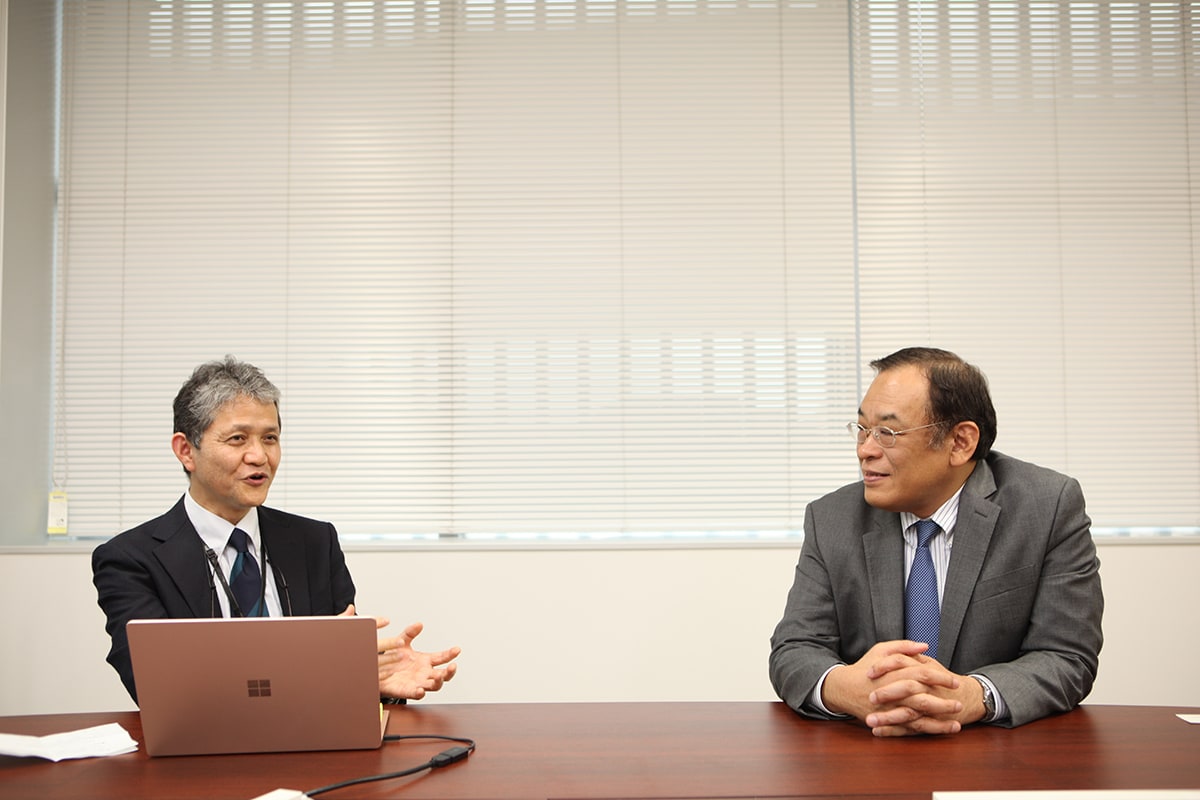 Yagi: Our motivation is to deliver this technology to people who say "I want it sooner". However, if you rush here and seek results too much, you may destroy your technology and needs. As is often the case with major manufacturers, even if a new technology is introduced to the market, the market is immature and it takes time to grow, and the plan may stop. However, looking at the examples of current diagnostic imaging technologies such as CT and MRI, the technology was invented and the human body was photographed in the 1970s, and as a result of decades of time since then, it has its current form. That's why. It will take about the same amount of time for this new technology to grow into a position similar to existing medical systems. That is why I think the attitude of developing this technology while communicating with each other, such as doctors, patients, and advanced engineers, who are advanced users, is of utmost importance.

Aiso: By the time I graduated from medical school, ultrasonography and CT were still in development, and the gastrocamera was like a film camera at the end of the tube. It is now widely used worldwide as an ultrasonic echo technology that can image a baby's face in 3D and as an endoscope videoscope system. In the same way, I would like to develop this optical ultrasonic 3D imaging technology to reach patients all over the world.