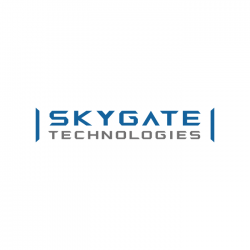 Established in February 2020 by Awazu Awazu. A venture company that develops the cloud ground station platform "Skygate" that promotes high-speed communication and data utilization between artificial satellites and the earth. We are planning to open the first cloud-based earth station for artificial satellites in Japan toward the start of the service in 2009. As a new infrastructure service that expands the use of satellite data, we aim to create an innovative horizon that enables business utilization of all events on the earth captured by satellites within 10 minutes. 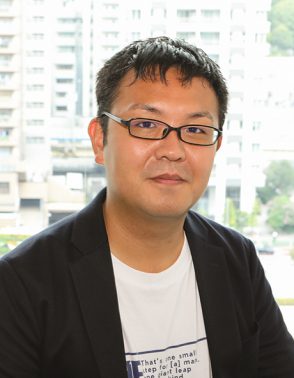 An epoch-making cloud service that connects with artificial satellite data

We are working on the development and deployment of the cloud ground station platform "Skygate" that receives artificial satellite data at high speed on the earth and leads to further utilization. Even in the area called space business, our purpose is to promote the utilization of satellite data from both the hardware of ground equipment such as antennas and the software such as data processing.

The background is that there is a growing movement to utilize satellite observation data in business areas such as finance / insurance, civil engineering / construction / urban development, and agriculture, forestry and fisheries. For example, in the United States, we provide data as soon as possible, such as forecasting sales based on the number of cars parked in supermarket parking lots earlier than the announcement of financial results, and checking the amount of imports and exports from the number of containers lined up in the port. Service is born. Efforts are underway in the insurance industry to estimate the impact of natural disasters, in the agriculture, forestry and fisheries industry to analyze prices based on crop growth, and to identify fishing grounds from seawater temperature data. 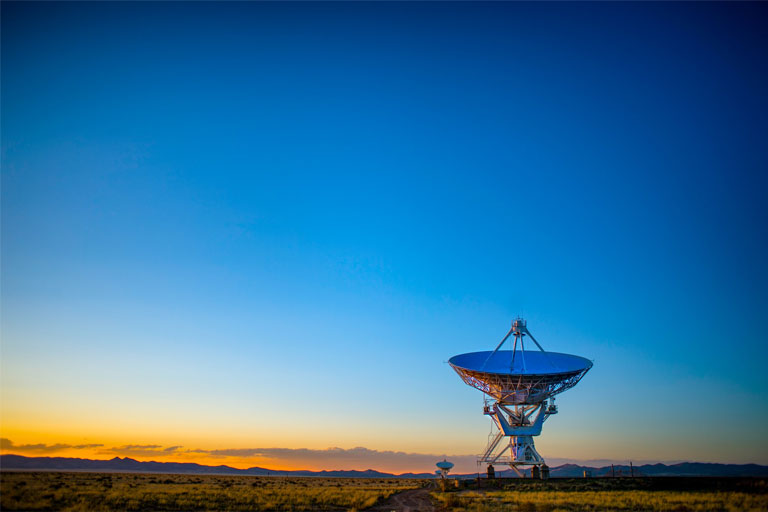 Image of parabolic antenna Photo by Donald Giannatti on Unsplash

However, at present, there are many high hurdles to entering this area. For example, on the hardware side, it is necessary to prepare an antenna that can keep track of the orbit of the artificial satellite accurately and install a ground station. On the software side as well, various processes are required to make the received data usable. It takes a few days at the shortest to deliver the data received by the ground station to the request destination due to the speed and physical distance of the Internet line.

Therefore, we have developed a small antenna unit with high tracking performance of artificial satellites and software that can communicate at a speed 10 times faster than before and can support various communication methods. "Skygate" is a service that provides the infrastructure from both hardware and software to receiving satellite radio waves, performing various processes, and transferring data to the cloud. So to speak, satellite data can be used more easily as if the satellite data were directly connected to the cloud. It is also possible to control the artificial satellite from the cloud, "I want to acquire such communication data on this schedule."

We liken this new infrastructure to "IaaS (Infrastructure as a Service)" and "PaaS (Platform as a Service)" related to cloud services, and "GSaaS (Ground Station as a Service)". I would like to establish it under the name. The goal is to make satellite data, which has great potential in the future big data business, as easy to use as other data sources such as the Web and IoT. If this is realized, businesses that do not have antenna equipment will be able to enter the satellite data business more freely, and new markets for applications and services based on new ideas and added value will be opened up. is. 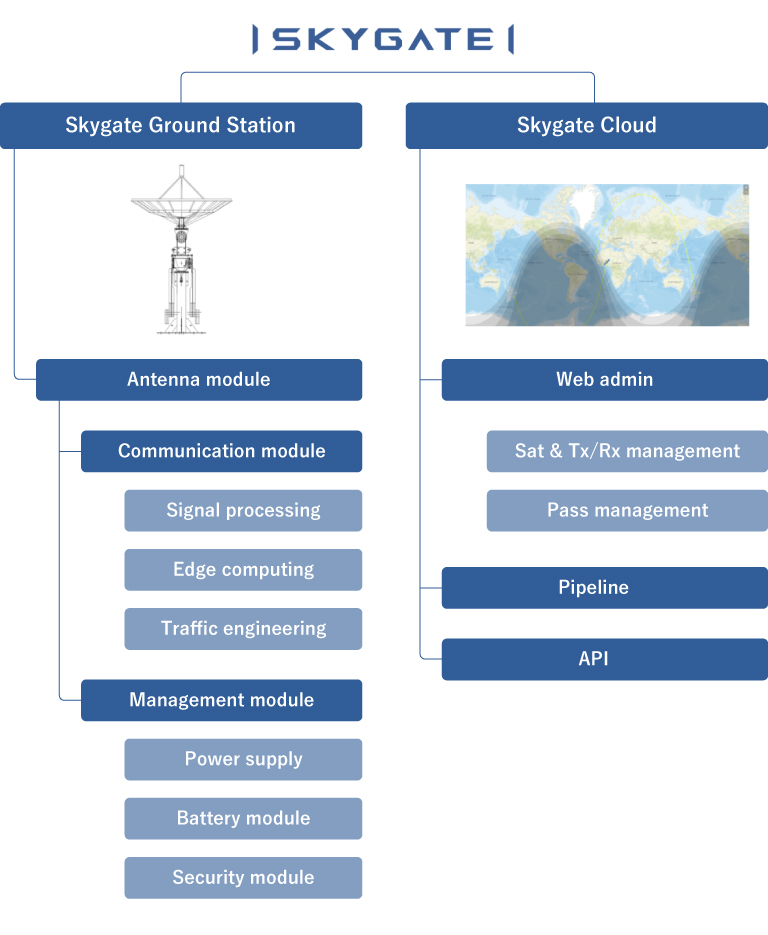 However, for that purpose, there is another big hurdle in addition to the hardware and software aspects I mentioned earlier. That is, it is necessary to clear the laws of each country in order to utilize satellite data. In the case of Japan, the "Act on Ensuring the Proper Handling of Satellite Remote Sensing Records (commonly known as the Satellite Remote Sensing Act)" has been enacted, and it costs a lot to comply with this law, protect data, and obtain licenses. .. By acquiring this license, we would like to significantly reduce the entry hurdles for businesses in addition to the technical aspects.

Why did you focus on the infrastructure for utilizing satellite data in the first place? The reason is that I myself have accumulated experience in the fields of communications and space.

First of all, regarding "space", although I have longed for it since I was a child, I thought that "only smart people can be involved in space" and decided to go on the path of manufacturing. I entered the Faculty of Science and Engineering of Keio University. While I was in school, I started a company that handles streaming video with my friends, which was my first point of contact with the telecommunications field. After graduating, I thought I would focus on my business without getting a job, but this was the next turning point.

That was the 2011 Great East Japan Earthquake. While working on volunteering and launching a temporary disaster broadcasting station in the disaster area, I was impressed by the organizational strength of the Self-Defense Forces, which develops a powerful communication network from scratch. Fortunately, he was assigned to the communication unit from the point of interest, and in the disaster dispatch following the eruption of Mt. Ontake in 2014, he installed satellite antennas and wireless communication facilities, managed servers and various communication terminals, and started communication infrastructure from scratch. Was involved in the construction of. Subsequently, the Ministry of Defense took on the duties of cyber security and system audit, and was able to deepen the understanding of the systematic operation of information.

Following that experience, I visited a closer relationship with the space field. The reason was that he was scouted by freee Co., Ltd., which develops cloud accounting software, as a human resource in the fields of legal regulation and security. I decided to change jobs, sympathizing with the company's vision of streamlining cumbersome back office operations and enabling everyone to demonstrate their intrinsic value. One year after joining the company, he joined a small satellite development company as a security engineer as a side business. As I was exposed to how I was doing business with data-driven decision making, I came to want more diverse and detailed data. At that time, an artificial satellite came to my mind. Because artificial satellites observe the earth from space many times a day, they should be accumulating a huge amount of data. So I tried to get the observation data of the artificial satellite, but there was no data that could actually be used for business. After investigating the reason, I found that there are many restrictions, including the establishment of a satellite ground station. Both artificial satellites and ground stations are supposed to be "withered technologies" half a century after their birth, but why is there no mechanism in place to utilize them? I think we can solve this problem by mobilizing all the skills we have cultivated so far. With that in mind, we decided to commercialize it and established Skygate Technologies in February 2008.

I first met KII right after its establishment. In addition to the fact that I was from Keio University, KII has invested in Synspective Co., Ltd., which develops small satellites, and from that perspective, I was evaluated for its synergistic effects with the satellite business. I feel very reassured not only because of my deep understanding of advice, but also because of the social trust that I am receiving support from Keio University's venture capital. 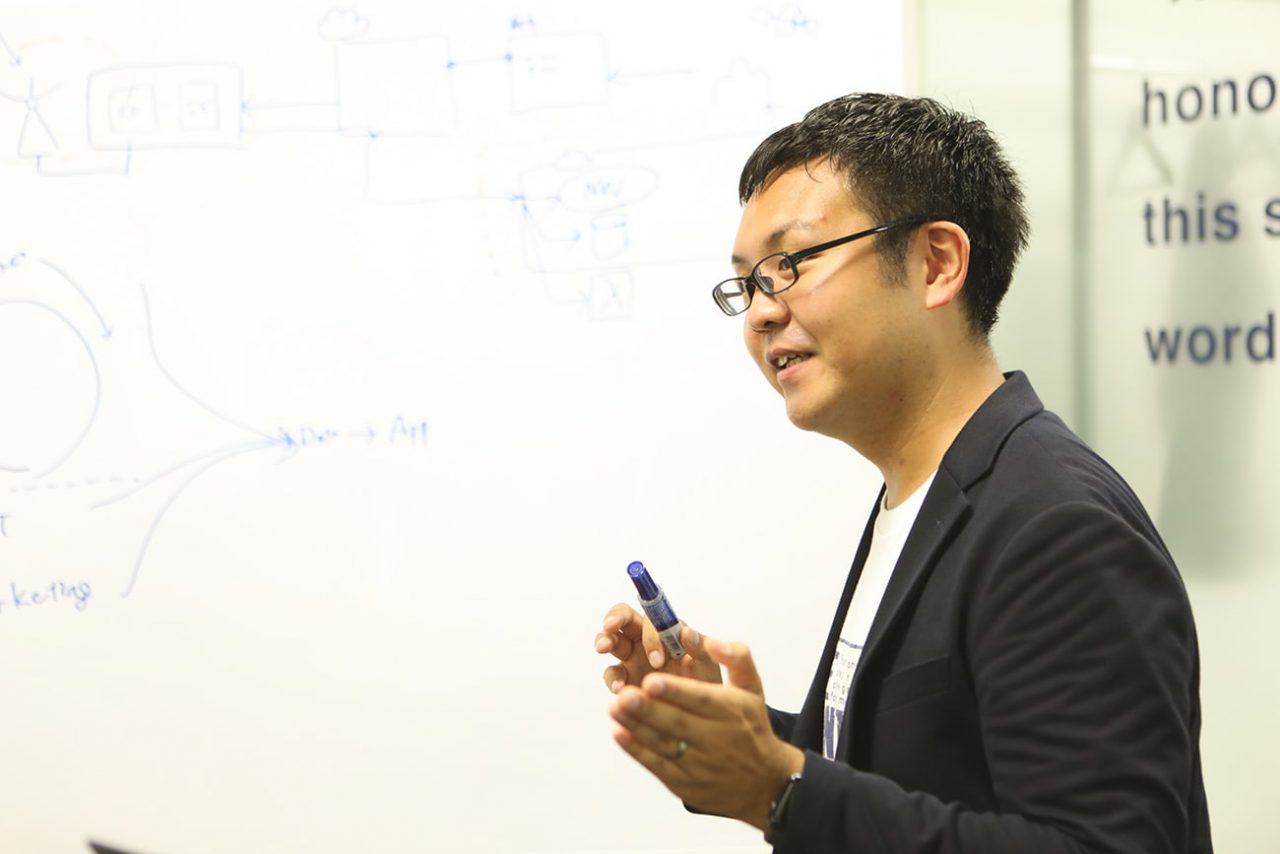 Currently, we are preparing for the start of the service in 21 years. Japan has built high trust in the world space industry, such as having a manufacturing industry that boasts high technological capabilities. Being an internationally stable country is also significant as a downlink destination for satellite data, and will be a tailwind for future global expansion. For example, the antenna we have developed is different from the conventional large antennas, has excellent transportability, and can be operated unattended even after installation. This is a self-confident work with a view to global expansion, reflecting the experience of the Self-Defense Forces.

And in the future, we would like to achieve the goal of "within 10 minutes from receiving satellite data to utilizing it." In a world where you can see the situation 10 minutes ago at any place on the earth, various services should develop dramatically. Not only convenience, but also reducing the burden on the natural environment and protecting people's lives from disasters will bring new value beyond expectations. Satellite data will become an indispensable infrastructure for people's lives. I would like to open up that new era with "Skygate".