--Please tell us about the background of the establishment of Keio Innovation Initiative (KII).

Yamagishi: Our mission is to contribute to the future development of society by investing in and nurturing startups that are working on commercialization by utilizing the research results of Japanese universities. Until now, it has been said that the social mission of universities is mainly education and research, but in recent years, there has been a growing awareness in Japan that the results will be useful for society.
On the other hand, I myself was jointly involved in the founding of GREE, Inc., and after experiencing the listing, I personally started donating to universities and supporting university-launched ventures. Under such circumstances, I thought that Keio University, my mother's school, should also focus on such efforts, and with the cooperation of the teachers of the executive department, we decided to establish a venture capital (VC) from Keio University. It was December 2015.
As the trend of the times, especially the technical background, the wave of innovation is spreading from the IT system to the life science field, such as the progress of computer computing power making a big leap in gene analysis technology. In the midst of this trend, I decided to aim to create new industries and implement them in society from Keio University's research assets such as medicine and science and engineering, and to utilize my own experience to foster younger entrepreneurs. is. 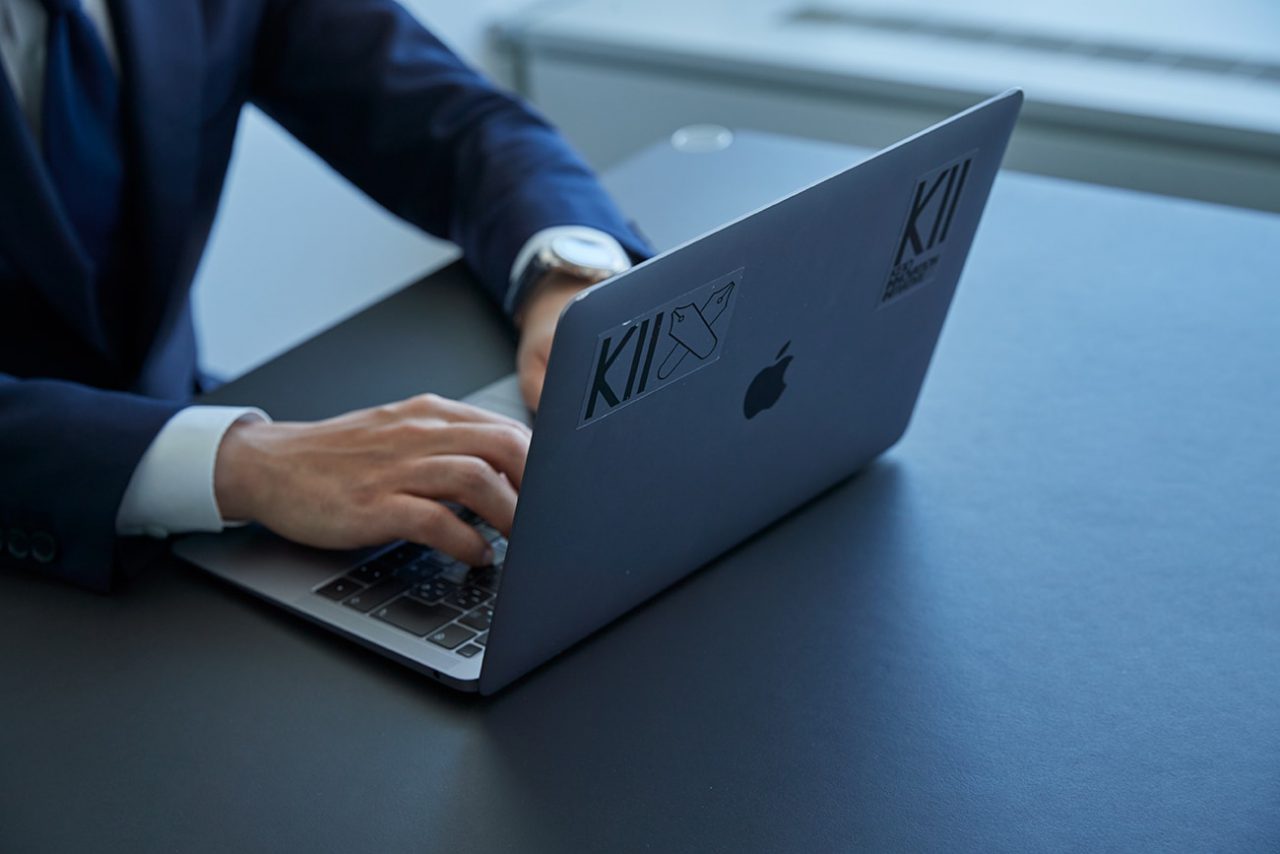 --Please tell us about the response and response after the establishment.

Yamagishi: At the beginning of the company's establishment, I was worried about whether investment funds would be collected or whether I could find a promising investment destination, but in July 2016 I was able to establish the first fund. This No. 1 fund was required to utilize the research results of Keio Gijuku and to be a company in which current students and graduates are involved in the establishment and operation, but it became a leading financial institution, insurance company, and business company in Japan. Raised your hand and achieved about 4.5 billion yen against the target amount of 3 billion yen. I realized that there are great expectations for Keio University's venture support efforts.

A typical investment example among the 19 companies supported by the No. 1 fund is Kringle Pharma, which was listed on the Tokyo Stock Exchange Mothers in December 2008. A drug discovery bio-venture that develops drugs using HGF (hepatocyte growth factor) discovered at Osaka University, and is aiming to put into practical use a therapeutic drug for spinal cord injury in collaboration with Keio University. In addition, CureApp, a medical IT venture by graduates of the medical school, was the first app in Japan to receive insurance coverage for the world's first nicotine addiction treatment app that was developed. In addition, space venture Synspective succeeded in launching an artificial satellite demonstrator in December 2008. Furthermore, the APB for the production and development of next-generation lithium-ion batteries, which we have been supporting since the establishment of the company, was selected as No. 1 in the 20-year corporate value increase rate ranking compiled by the Nihon Keizai Shimbun. It is attracting attention.

Yamagishi: That's right. Nine of the 19 companies supported by the No. 1 fund have been supported from the seed early stage, but the number of investment companies of 19 companies is extremely small in the first place with a fund of 4.5 billion yen. As is often referred to as “Spray and Pray,” many VCs investing in seed-early stage startups invest dozens or hundreds of companies, and then just pray for success. Instead, one of our features is to take good care of each company.

Yamagishi: There are several reasons for expanding the scope of investment. First of all, the investors of the No. 1 fund felt great expectations. It is also related to the fact that the venture investment market is expanding, and university-launched ventures now account for about 15 to 20% of the market.
Next, the researchers who provided support with the No. 1 fund were mainly those who were motivated to implement social implementation, such as launching their own business. However, if you look at Japan's academia in general, there are only a limited number of researchers with that awareness. Among them, I would like to match entrepreneurs who are motivated and teachers who conduct promising research regardless of their relationship with Keio University, and lead to a change in consciousness. By doing so, we also thought that we would be able to broaden our horizons to a wider range of companies and technologies, and to be able to conduct more objective examinations and evaluations.
However, at the beginning of the recruitment of this No. 2 fund, business sentiment was favorable as the startup market was said to be a bubble in the United States, but in 20 years, the effects of the new coronavirus infection spread worldwide. , The outlook has become uncertain. Among them, we are grateful that we were able to achieve about 10.3 billion yen as a result, thanks to the support from existing investors and the new large-scale investors.

--Are there any things you keep in mind in your relationship with entrepreneurs as the industries and technology areas of your investment destination expand?

Yamagishi: The main business is entrepreneurs, and is it a stance to support what they want to do? Our capitalists may serve as outside directors of the investees, but what is important is not only to achieve R & D issues, but also to support our efforts to grow as a company. Japanese startups have a deep-rooted awareness that if you make something amazing, you will succeed, but unless you expand your business and raise your profile, you will not even be able to raise funds. As long as we are managers, we must not forget the role of appealing how our efforts are useful to the world, soliciting investment, and returning them. Furthermore, as the trend of the world accelerates, it is also important to have an attitude of achieving results as soon as possible and steadily achieving profits. We believe that it is one of our missions to instill a mindset related to such management.

What is the relationship between entrepreneurs and KII, and the social mission of VCs?

--What are the strengths and features of KII that you have cultivated while overcoming many issues together with the people you invest in?

Yamagishi: One is the existence of teams with diverse backgrounds. From the beginning, we have been trying to create an organization that can build close relationships with various investment destinations by gathering human resources with different strengths. The number of staff has increased from 2 at the time of establishment to 10 people, but we have a unique face with diverse experience such as pharmaceuticals, telecommunications, investment banking, and strategic consulting. I feel that the organization has grown steadily as each of them learns about startup management, recruitment, branding, etc. and shares their experiences while communicating deeply with the investees.

--- You have learned and grown yourself in order to connect the thoughts of entrepreneurs to social change.

Yamagishi: Yes. What is important for us is the attitude of delivering research and knowledge that has not yet appeared in the world to the people of society. In other words, rather than aiming to achieve an IPO for the venture company in which we invest, we are determined to work with entrepreneurs to create a path for implementation in the society that follows. We put that consciousness into our new statement, "Until the research, the invention, and the innovation change society." I personally believe that future business must be “Agenda-Setting”, that is, one that has the impact of transforming society better. If the attitude of investing in a company with such a vision is linked to evaluation in the context of ESG management and impact investing, it should be possible to further contribute to society.

--I feel the vision that leads to Yukichi Fukuzawa 's "spirit of practical learning" that learning will be useful for the world.

Yamagishi: That is where we still have to focus our efforts. Yukichi Fukuzawa used the word "practical science" as a translation of "Science", but it is necessary to deeply permeate this idea, especially in the field of science and engineering. In addition, the lack of personnel exchanges between academia and industry is one of the challenges facing Japan. In the United States, it is not uncommon for researchers themselves to be interested in business movements and to understand the importance of creating mechanisms for financing and social implementation. It is also necessary to raise this awareness in Japanese academia.
That is why we must expand the investment destinations of the No. 2 fund along with the return of the No. 1 fund, and form the next fund again through its development. We would like to expand the scale of the fund and the network with entrepreneurs by steadily increasing the results, and eventually to boost the entire Japanese university-launched venture industry. I believe that is the role we should play in society in the future.