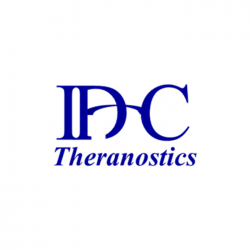 Established in April 2012 by Professor Koji Matsushima of the University of Tokyo and former Professor Hiroshi Yanagawa of the Department of Bioinformatics, Faculty of Science and Technology, Keio University. Creations centered on intractable diseases and cancer, such as receiving the "Japan Bio-Venture Awards University Bio-Venture Association Award" for efforts toward the practical application of anti-CD4 antibodies that exert new effects in cancer immunotherapy We are engaged in innovative research and development for drugs. 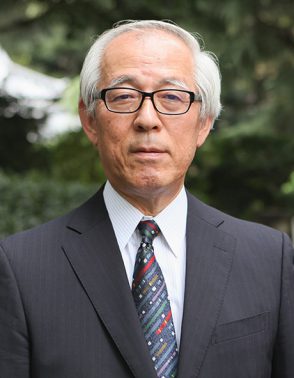 We are a venture company that conducts research and development focusing on therapeutic agents for cancer and intractable diseases. We are mainly engaged in research and development of antibody drugs for cancer using anti-CD4 antibodies and therapeutic agents for multiple myeloma and hepatitis B.
First, let me briefly explain about anti-CD4 antibodies. Drug therapy such as surgery, radiation therapy, and anticancer drug is known as the three major therapies for cancer, but cancer immunity is attracting attention as the "fourth treatment method". It is a therapy. The human body has an immune function that removes foreign substances, and cancer cells have the ability to block this immune function. On the other hand, in cancer immunotherapy, methods such as artificially synthesizing antibodies produced by immune cells to enhance the immune system and canceling the immunosuppressive action of cancer cells are being studied. "Opdivo", which was developed by Dr. Tasuku Honjo, who won the 2018 Nobel Prize in Physiology or Medicine, can be said to be a representative drug of the latter.
On the other hand, the anti-CD4 antibody we handle is an antibody that has the effect of temporarily removing "CD4 positive T cells" that cancer suppresses the immune system. In experiments using mice, the effect of suppressing the growth of cancer cells such as kidney cancer, colon cancer, and lung cancer was observed. In the past, anti-CD4 antibodies were expected to be effective against various diseases centered on autoimmune diseases, and research was conducted mainly by major pharmaceutical companies, but none of them led to great results. Among them, Professor Koji Matsushima of the University of Tokyo graduate school patiently continued to work on anti-CD4 antibody, and as a result, he discovered the effect on cancer and embarked on research and development to establish the result as an antibody drug.
Mr. Matsushima asked me to establish a company because I was involved in a bio-venture company that develops DNA chips together. When it was first established in 2012, it was working on blood cancers such as leukemia and malignant lymphoma. There are many known treatments for blood cancer, but all are extremely difficult to cure, and even the most reliable method, bone marrow transplantation, has many serious side effects. However, in Professor Matsushima's experiment using the anti-CD4 antibody "IT1208", he succeeded in eliciting a great effect while suppressing side effects. Based on this response, in order to expand the market, we have expanded from blood cancer to solid cancer, which is a so-called general “organ cancer”. Currently, with the support of AMED (Japan Agency for Medical Research and Development), we are working on Phase 1 clinical trials led by doctors. 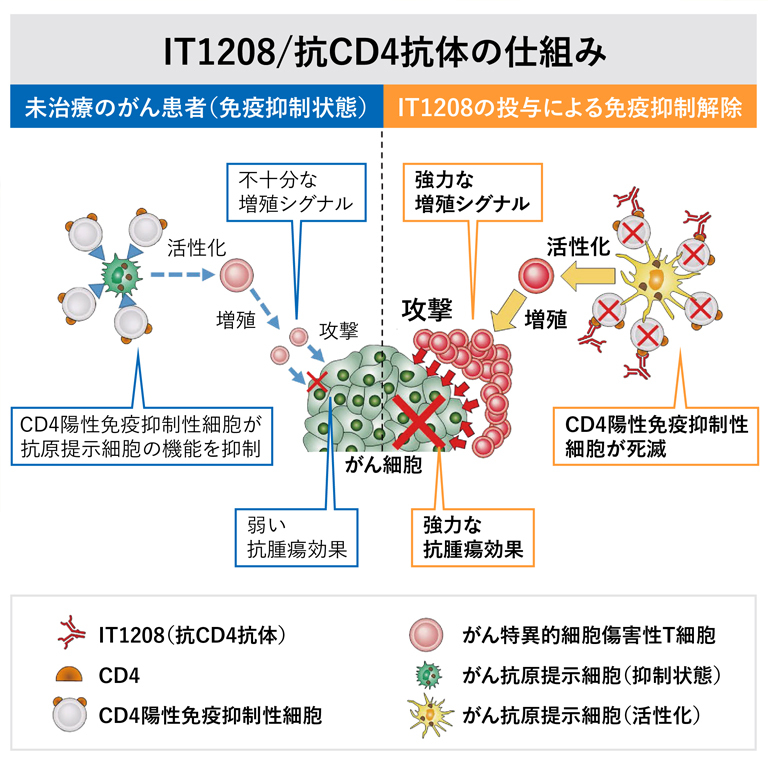 The company name is "IDAC Theranostics", but "IDAC" is a word for "Inflammatory Disease and Cancer", which means "Inflammatory Disease and Cancer" in English. Of these, inflammation is involved in most diseases, including cancer, such as pneumonia and diabetes. Among them, we are looking at intractable diseases for which "unmet medical needs" are required and no cure has been established yet.
In addition, the word "ceranostics" is a combination of "diagnostics" and "therapy", meaning that we want to apply diagnosis and treatment at the same time and contribute to the benefit of patients. .. At present, there are still many cases where there is no cure when the diagnostic drug reveals what kind of illness, and it is difficult for companies that make diagnostic systems and companies that make drugs to collaborate.
For example, among the cancer immunotherapy I mentioned earlier, whether or not drugs such as "Opdivo" and "Keytruda" that remove the immunosuppressive effect of cancer are effective is determined by collecting cancer tissue cells from the patient's body in advance. You won't know without a diagnosis. In contrast, with anti-CD4 antibodies, minimal injections and blood sampling may allow a quick decision as to whether the medication should be continued or stopped as treatment progresses.
At the same time, we are also working on the development of therapeutic agents for multiple myeloma. Multiple myeloma is a type of blood cancer, but it cannot be cured with drugs, and the drug cannot be effective for 20 to 30% of patients. Therefore, I discovered a new molecular compound with Professor Yutaka Hattori of Keio University Faculty of Pharmacy and applied for a substance patent in 2016. In addition, former professor Hiroshi Yanagawa of the Department of Bioinformatics, Faculty of Science and Technology, Keio University transferred patents for various technologies established when he was enrolled in Keio to our company, and based on that, we are also working on the development of therapeutic agents for hepatitis B. is.
In addition to the anti-CD4 antibody project, KII was evaluated for these efforts and entered into a partnership in September 2017. In a situation where many venture capital firms tend to focus solely on profitability, I feel that KII has a solid understanding of our philosophy and initiatives. It is very encouraging for us to introduce various interesting researches being carried out at Keio University.

The future outlook is, first and foremost, to shape medicines that are useful to people. In order to develop a new therapeutic drug and bring it to the world, it is necessary to collaborate with domestic and overseas research institutes and pharmaceutical companies in terms of taking approval steps such as clinical trials and commercialization. Whether to engage in joint research or to provide a license ... It will be necessary to proceed carefully while deciding the timing and searching for the desired form for each other.
Also, regarding anti-CD4 antibody, I think it is necessary to think that it is possible to connect not only this one drug but also an effective treatment method in combination with existing drugs. This should reduce the burden on patients and the total medical costs. There are many things that need to be examined from now on, such as what kind of symptoms are effective and which medicines are effective in combination. There are various types of cancer, but the effect on each cancer must also be examined.
As a personal reminder, I try to go to academic societies such as cancer and hepatitis B as much as possible to get new information. It's a task of talking to research-oriented doctors to find out what they are interested in and what they are having trouble with.
I myself have devoted my career to the research and development of diagnostic agents for a long time, and now I am devoting myself to the establishment of therapeutic agents. What if all the illnesses couldn't be cured, even if they could help find the illness in the early stages? What I want to do now is to pave the way for patients in need of illness in a different way than before. .. With that will, I would like to continue to make efforts.