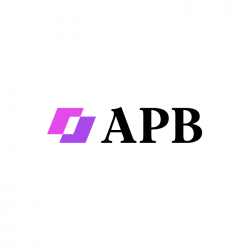 Established in October 2018 by Hideaki Horie, a specially appointed professor at Keio University after developing batteries for electric vehicles (EV) and working at the Institute of Industrial Science, University of Tokyo. Established the technology of the innovative new lithium-ion battery "all resin battery" that we devised ourselves and promoted joint development with Sanyo Chemical Industries, Ltd. We are proceeding with commercialization and mass production in order to open up new applications and markets to replace conventional batteries. 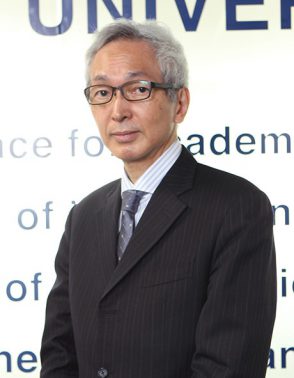 Since our establishment in October 2018, we have been working on the development of next-generation battery "All Polymer Battery" with innovative features and establishment of mass production technology.

For nearly 20 years from 1990 to 2007, I have been involved in the research and development of high-performance power supply systems for EVs (electric vehicles) at a major Japanese automobile company. Initially, the field of "high-performance batteries" itself was almost blank, and we proposed joint development with Sony, which announced lithium-ion batteries at the same time, from all angles, from theory to control technology and system configuration. Worked on development.

Now let's talk about the impact of battery technology on society. Electricity is now an indispensable energy for our society. The reason is that it is the most energy efficient, clean and can be delivered to remote locations compared to other methods. However, it had the only drawback of being difficult to store. But what if a large, high-performance battery that can store electrical energy is completed? Since devices that convert various forms of energy into electrical energy already exist, an energy network that stores energy that has been discarded without being stored in the form of electrical energy and uses it without waste is created. .. As a result, the way industry and society should be will undergo major changes.

In fact, in parallel with the automobile company, I have been working on research on large stationary storage batteries as an associate professor at the Institute of Industrial Science, the University of Tokyo, and as a specially appointed professor at the Institute of Industrial Science. This is a technology for installing huge high-performance batteries in each region and realizing a network that circulates energy efficiently in each country or wide area, but research in this area is still almost advanced in the world. No.

Currently, as a specially appointed professor at Keio University's Graduate School of Media and Governance, I am researching these new core energies and systems for them, as well as the ideal form of man-made objects necessary for future human society.

On the other hand, we have been developing all-resin batteries. Using this technology, it is possible to realize a huge stationary storage battery with a length of several tens of meters while solving various disadvantages of existing lithium-ion batteries.

A storage battery sheet for all resin batteries jointly developed with Sanyo Chemical Industries. Utilizing the structural characteristics of resin (polymer material), it is possible to develop various forms such as sheets, which was not possible with conventional technology.

So what is an all-resin battery? As the name implies, it is a lithium-ion battery made of a completely new material and structure, almost entirely made of resin (polymer material) including electrodes. In conventional lithium-ion batteries, the metal parts inside the batteries are short-circuited due to deterioration or deformation due to strong force, as the mobile batteries for mobile phones and personal computers have been ignited one after another and the carry-on to airplanes is restricted. (Short circuit) and the temperature becomes high, and gas may be generated from the electrolyte, leading to an explosion or ignition. Another problem is that the types and structures of materials are complicated and the shape is not free, and it is difficult to recycle.

Therefore, I devised a resin battery that does not use metal for electrodes, etc. for the first time in history. After repeated trials and verifications, we have been engaged in joint research with chemical manufacturer Sanyo Chemical Industries since 2012, and succeeded in developing the world's first battery using a conductive gel polymer. With the world's leading technology, such as the world's first commercial production of highly water-absorbent resin used for various purposes in addition to disposable diapers, the company has completed an epoch-making battery in terms of both material and structure.

As the material, different resin materials are used for the positive electrode and the negative electrode, and a gel structure is used. As for the structure, it features a "bipolar structure," which is the simplest structure ever for a battery. As a result, it has plasticity (the shape can be changed freely) while increasing the energy density to more than double the electric capacity of the conventional one, and there is almost no risk of heat generation or ignition even if it is bent or pierced with a nail, and production is easy. We were able to achieve all of the many performances and features at the same time, such as large size and excellent recycling, while keeping costs down. 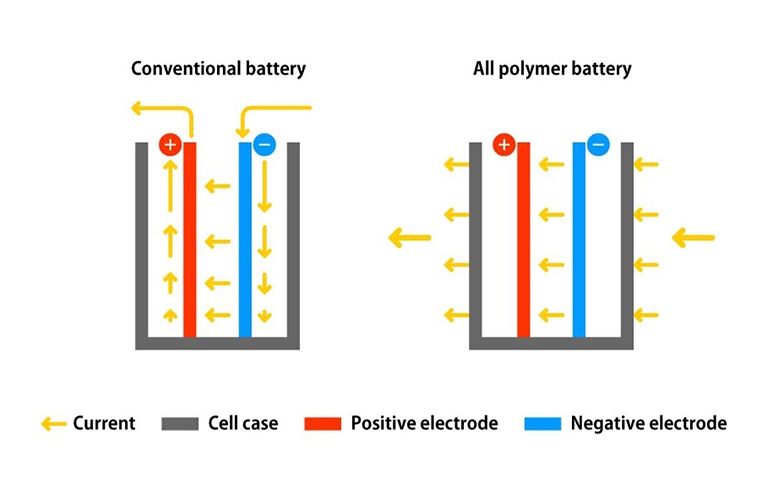 With the prospect of putting all-resin batteries into practical use, KII was invited in the summer of 2018. APB Corporation, Ltd. was established in October after receiving a proposal to launch a company for the next step, commercialization. We are currently preparing for mass production, and we would like to bring the first product to the market in two and a half years.

This battery is made up of completely new construction methods, structures, and materials, but as far as global expansion is concerned, a sense of speed is indispensable for the initial movement. I am grateful for the opportunity to take a big step, and I would like to aim for sales of 100 billion yen by taking advantage of the fact that it can be manufactured inexpensively and quickly.

On the other hand, regarding the situation in Japan regarding high-performance batteries, we often see articles that say, "We are lagging behind South Korea and China." I personally don't like this tone, but I can't deny the fact that there is an order of magnitude difference in total development costs. We are convinced that this new battery technology has a business capacity that far surpasses that of conventional batteries.

As an example, the cost of materials is about half that of conventional products, and the cost of manufacturing equipment is reduced to a few tenths. There are many other merits, but the biggest point is the flexibility to handle various shapes. For example, today's biped robots carry a box-like battery on their backs, but all-resin batteries are very small and thin, are safe to deform, and can be made mobile, so the legs of the robot. It can be distributed and placed on moving parts such as arms and arms. Furthermore, by incorporating it into the structure itself, such as by integrating it with the frame of a wheelchair or the outer shell of an airplane, it is possible to "turn the object itself into a battery."

Looking back, I started with thermal design in the early 1990s, and by creating new technologies related to high-performance battery systems for EV / HEV (hybrid vehicles), such as battery control technology that applies electronic circuits and high output technology. We are proud that we have solved the fundamental problem of batteries, which was said to be the biggest problem for EVs. Approximately 30 years have passed since then, and although it is currently under consideration, as the next biggest target, we would like to quickly create a large stationary power storage system that did not exist in society and promote large-scale social implementation. I sincerely hope that this will fundamentally change the world's energy system, which is said to be the biggest business in the future, and improve the lives of people around the world.

On top of that, it is important to share the benefits of this new technology with people all over the world. Because of our excellent technology, we want to get the imagination of more people and connect it to the flow that moves society. For that purpose, the first action is the most important. We have already received consultations on collaboration and joint research from people around the world, but with the background of support such as KII, we will spread this technology to the world with a sense of speed while cooperating with various technologies. I want to go.

Furthermore, I am looking ahead to the next stage of the current information-oriented society ahead of the spread of this battery technology. It is the "information energy revolution" caused by the linking of information and electricity via electrons, following the Industrial Revolution and the Information Revolution. By making the network of information that drives things efficiently the same as energy, society will evolve into the most accurate and reliable way in history and the best for both humans and the environment. This battery technology will change our future significantly. We are just taking that step.